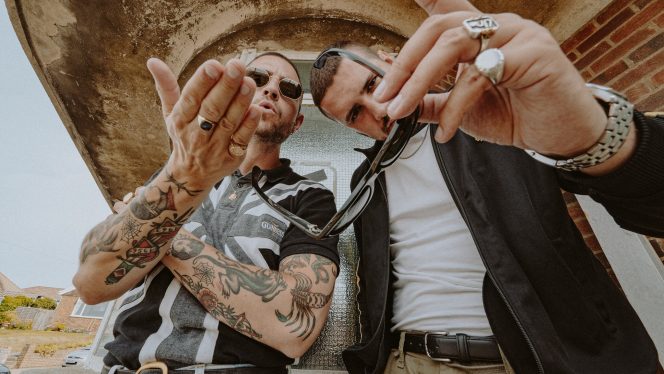 Happy New Year to you all. Kicking off our JSF Featured Artist series in 2023 are SNAYX. What a time it is for these boys. Tom had a chinwag with them to see what’s cracking…

1) Hey Snayx, thanks for taking the time to chat with us today. Firstly – the band name. What’s the story behind it?

Thanks for having us! What an honour.

SNAYX (pronounced ‘snakes’) came about after our mutual love for The Amazing Snakeheads and poor spelling.

Despite the snake emojis in our bio, people still love to call us “snacks”.

2) Talking of stories, what’s your story so far? How and where did it all begin?

We formed SNAYX over a Chinese lunch at the Golden Palace restaurant in Seaford, with a goal of playing more gigs and having as much fun as possible.

3) Whereabouts are you guys from, and what’s the scene like there?

Stunning mate. We’re based around the south-coast and closely involved with the Brighton and Hastings music scenes.

I think a lot of people would agree that the Brighton music scene is the best it’s been for a long time. You then have the likes of Kid Kapichi and Hotwax putting Hastings on the map too.

Our drummer Lainey is based in Sheffield, so we’ve gotten to know the northern scene really well over the last year too.

4) Talk to us about your releases so far. We’ve seen you getting some mega Spotify support!

We just released our latest single ‘Deranged’ and we’ve had some massive support from all the major streaming platforms and the likes of Kerrang, BBC Radio 1 and of course the JSF. Huge thank you to everyone for an incredible start to 2023.

With the release of Deranged, we also announced our debut EP ‘Weaponized Youth: Part 1’.

To us, the EP symbolises both the misadventures of British youth, and also the bleak modern times we find ourselves in. It slithers through controversy and chaos yet represents a spark of hope for future generations.

5) And what’s next? Any touring coming up that we can shout about?

We’re supporting Kid Kapichi on their massive UK tour starting at the end of this month. Tickets are extremely low or sold out so don’t hang about. Lots more to announce and share with you soon. Until then, we’ll see you in the pit.