We would like to introduce to you Narasirato – a band from Solomon Islands who we helped to record their first record. Great music that we know Joe would have approved of. We also sent over a bunch of Strummerville t-shirts and we caught up with Jason Mayall, organiser of Fuji Rock Festival, who is their international manager for a Q&A (follows below).

Here is a video of the band performing “Hisiha” and two tracks for you to enjoy.

How did you come to find and then work with Narasirato?

With great difficulty I reached out to their managers in Honiara, Solomon Islands who got them on the boats and planes Narasirato played 9 performances at Fuji that year on many of the smaller stages, the audience fell in love with them and were in awe of their bamboo music. We had a camera team accompany them from Tokyo airport and filmed them throughout the festival.

I personally was blown away by their shows, their modesty and humility and the stories of where and how they live. Deep in the rainforest with no electricity, no phones, no roads, no shops. I was intrigued to see for myself

Where has the journey taken you so far?

So in November 2010 I returned to AWME and detoured home via The Solomon Islands Melbourne to Brisbane to Honiara, wait 3 days for a freight vessel, 23 hour journey to Malaita province and up the lagoon to Are’are land you then enter the Mapurupuru river and canoe up the mangrove swamp, followed by 15 minute hike through the pristine rainforest.

I was treated to a welcome fit for a king, with conch shells and panpipes. We feasted and talked and drank coconuts, I fell in love with it all immediately. The reaction to seeing their documentary film from Fuji Rock was pure amazement and I couldn’t believe that the most of the women and children had never seen a laptop, TV or video before.

The band asked that I be their international manager, so armed with the Fuji Rock film and field recordings from the village I set about helping them achieve their goals.

We released an EP “Tangio Tumas” of the live recordings from Fuji and Oterama, and with the support of a small grant from Strummerville were able to bring them to Glastonbury festival in 2011 where they played on 7 stages including Strummerville’s.

In the two days following Glasto they recorded their full length studio album “Warato’o” which, when released in 2012, received great reviews. Both these CDs have the Strummerville logo as I’m sure Joe would approve.

Are there any plans for them to visit our shores anytime soon?

What do you have in the pipeline and is there something we should keep an eye out for?

There is a brand new album “Inoni Ana Totoraha”, translates as Man of Culture, out in June. Recorded in their home village under the ageing roof of the culture house on October 29th 2013 then mixed in the UK by Nick Manasseh. The band have come a long way musically and are ready to take the world by storm. 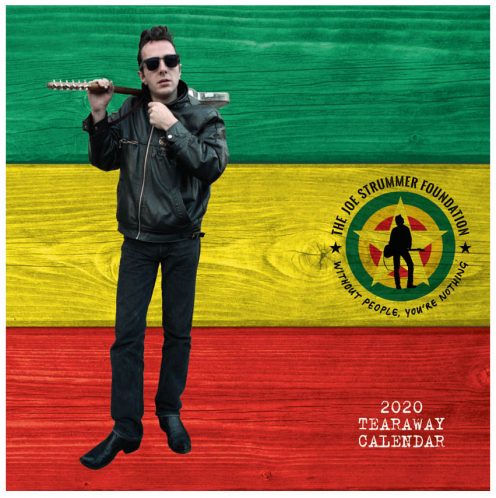