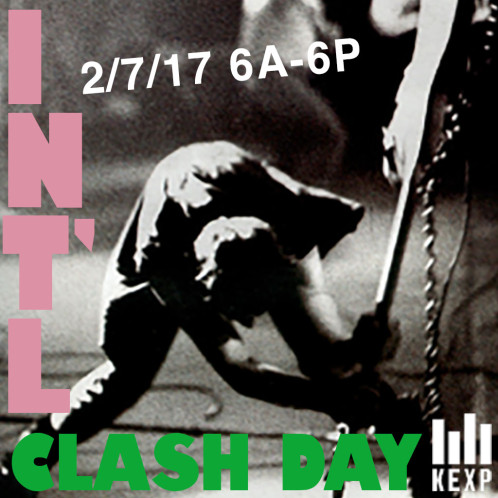 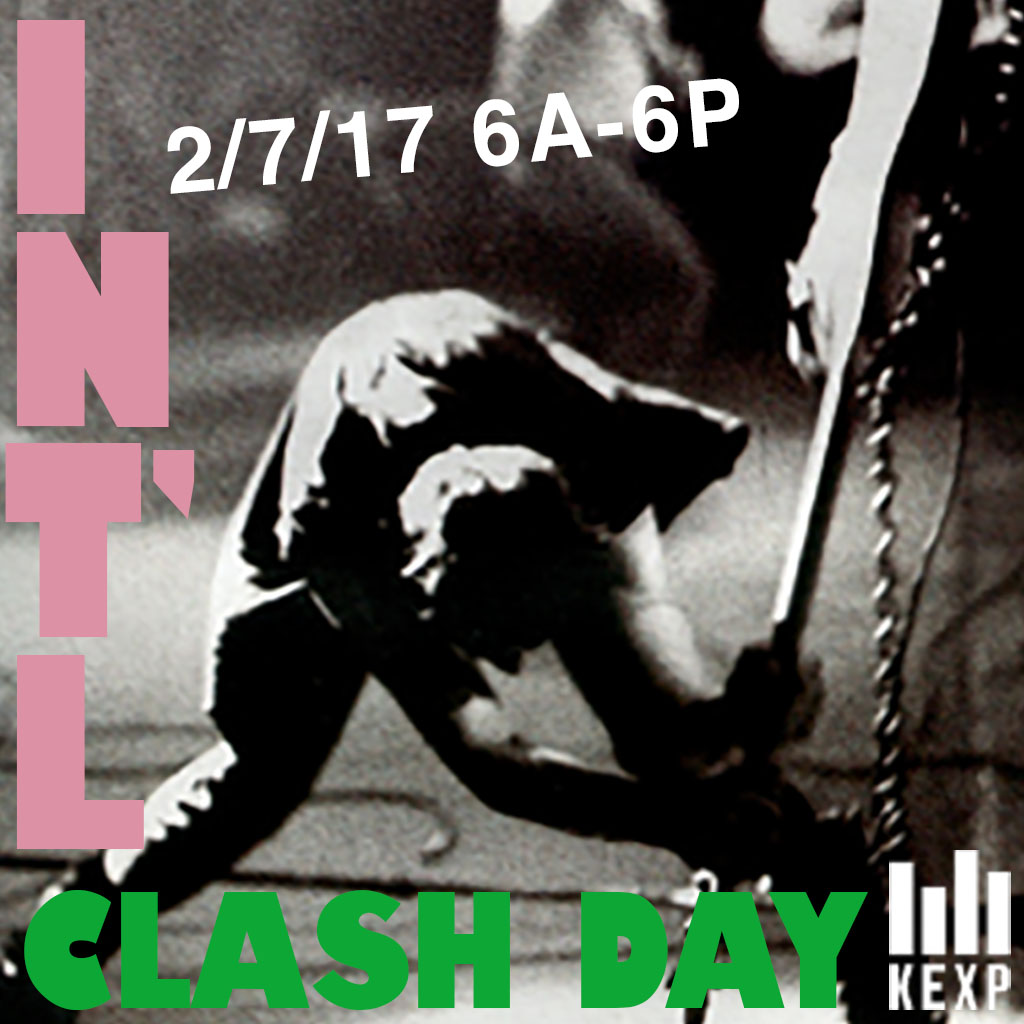 Seattle – February 6, 2017 Tomorrow, February 7th, the world will band together to celebrate the music and message of The Clash by observing the fifth annual International Clash Day. A host of city and state governments will join radio stations from around the globe to acknowledge and celebrate the ongoing relevance of The Clash and their contributions to our cultural fabric.

“Know Your Rights,” the first single from The Clash album Combat Rock, is a biting take on the civil rights of the poor and disenfranchised. Celebrating the music and the message of The Clash is a way to stand up for those dispossessed of power and to revolt against that which would divide us. As Joe Strummer said, the future is unwritten and so it is up to all of us to write it. So, on February 7th, the music of The Clash will serve as the soundtrack to the hard work, resolve and commitment to upholding the values of a free society and an inclusive world.

“The message of The Clash, so influenced by the international sounds they grew up with, is both powerful and uplifting especially now in this time of struggle,” said KEXP Morning Show host and International Clash Day originator John Richards. “The Clash represents what KEXP is all about – music, rebellion, and pushing boundaries. KEXP is infused by international sounds, songs of protest and believe strongly in the power of the airwaves to affect change. That is why we are focusing on these three important pillars throughout the day. KEXP invites everyone to join us in celebrating this inclusive ‘public service announcement, with guitars.’”

The legacy of Joe Strummer and The Clash continues to be honored by the work of The Joe Strummer Foundation, which gives opportunities to musicians and support to projects around the world that create empowerment through music.

“Now, more than ever, we need to stand united and not be divided. It’s for this reason that we support International Clash Day,” said Steve Mullen of the Joe Strummer Foundation “Anyone with a modicum of humanity can appreciate The Clash and the impact they had on the world. During the late 70s and early 80s they definitely earned the slogan ‘The Only Band That Matters’. Back then, political and social differences were being pushed to the extreme. And now the same is happening in many parts of the world, except this time we have social media to amplify & confuse the truth. International Clash Day ensures new generations are aware that the band, through Joe’s snarling lyrics, called out the conspirators and united the people to stand up and be counted. As Joe Strummer once said: ‘Without people, you’re nothing’ and never a true enough phrase has been spoken.”

Mayors and distinguished officials from the cities of Austin, Ithaca (NY), Kent (OH), San Francisco, Seattle, Tucson, Vancouver B.C. (Canada), Bridgwater (UK) and Washington D.C. alongside the governor of the State of Washington all have proclaimed February 7th as International Clash Day. These local governments all chose to celebrate The Clash and the message behind their music. Additionally, cities worldwide, including Austin, Tucson, Bridgwater (UK), Prague (CR), and Washington D.C., will host live events and performances commemorate the day.

Over 20 radio stations from across the United States will join stations from Australia, Canada, Ireland, New Zealand, and the U.K. in dedicating special programming to The Clash.

KEXP will honor February 7th with twelve hours of the music that inspired the band, and in turn they inspired, and how protest was central to their message of hope and change. The day’s programming, which begins at 6:00 a.m. PST, will also include the music Joe Strummer loved via his BBC Radio Program, London Calling, and throughout the day listeners will hear from Jon Langford of The Mekons, Roger Miller of Mission of Burma, Captain Sensible of The Damned, The Hold Steady’s Craig Finn, Seattle musicians Kim Thayil (Soundgarden) and Tad, American Wrestlers and many more.

Click here to view an interactive map of International Clash Day celebrations and government proclamations from around the world.

You can embed the KEXP player on your site for International Clash Day with the following code:

“They had charisma, humor, intensity, sweat, and seemed larger than life while never acting like rock stars whenever I was around – Strummer especially. They still matter because of the incredible passion they put into their music, words, and conversations. I’m not surprised they still do for people not even born. They were just the total package. And they took my breath away.” Jack Rabid, publisher of The Big Takeover

“The Clash were the heart and soul of the original punk movement – through storytelling and song Joe’s anger became our own. They were the voice of a generation,” Brett Gurewitz, Bad Religion, owner Epitaph Records / ANTI- Records

“For how much the Clash told the stories of their times through lyric, melody and style, they spoke even more to the kind of feelings that resonate beyond their own landscape. Anxiety, loss, boredom, justice, failures and successes, told in the context of equality and consumerism are all delivered in a way that is entirely authentic. Truth will always matter,” Jennifer Precious Finch of L7, Rock for Choice founder, photographer

“Can you even imagine if Joe and The Clash were still around and rocking their voice right now…If there’s EVER been a time we need Joe’s voice again, it’s RIGHT NOW!!!! Live on, Joe, live on,” Thom Russo, 16 time Grammy winner, engineer on Joe Strummer and the Mescalero’s Streetcore

“The Clash matter because they wrote the song Janie Jones. Enough said…” Kim Shattuck of The Muffs, Pandoras and the Pixies

“The Clash remind me of what Bob Dylan said about Elvis: ‘When I heard him it was like getting out of jail! I knew I’d never work for anyone again!'” Legs McNeil former Spin editor, Vice columnist and author of Please Kill Me: The Uncensored Oral History of Punk

“The Clash matter because they were one of the first bands that planted the seeds of social justice in me, not to mention a basic sense of common decency. While I thought I was just listening to a rock’n’roll song, it was actually much more than that. In Donald Trump’s America we need The Clash more than ever, and their spirit continues to resonate. God bless International Clash Day!!!” – Chris Shiflett, Foo Fighters

KEXP is a nonprofit arts organization serving music lovers and artists through in-person, broadcast, and online programming. KEXP operates one of the most influential listener-supported music radio stations in the world, 90.3 KEXP-FM Seattle, with online and on-air service reaching over 200,000 global listeners each week. On KEXP’s YouTube channel, videos of exclusive live performances garner more than 2.1 million views per week. From their headquarters at Seattle Center, KEXP hosts community events and produces hundreds of live performances each year, many of which are open to public audiences at no charge. For more information, please visit www.kexp.org.