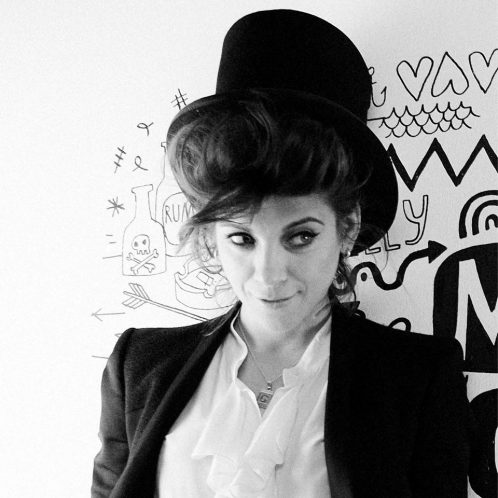 This month, Tom @ JSF caught up with long-time friend of the foundation Gemma Rogers. Have a gander!

Gemma! It’s been a while… you’re having some year by the looks of it. Firstly, congratulations on releasing your debut album ‘No Place Like Home’. We love it, and by the looks of it, so do many others (including Steve Lamacq). Tell us about the record, the story, the writing process, where did you record, who produced, etc?

Thanks very much lads, it’s been lovely seeing it take shape in the world. The album was recorded just before lockdown over at guitarist and producer Sean Genockey’s studio in Worcester Park. Born from all sorts of experiences and observations and set against a backdrop of what was happening in the UK at the time. I’m on to writing my second LP now – a different approach – same goals – but with a little person as wing-girl.

What’s occurring tour-wise? Any festivals over the summer just gone?

Amazing to see all the radio support, especially from legend Lamacq. You even sat in for him recently on 6music right? What’s the story there?

Steve gave me an ‘Artist Spotlight’ interview on his New Music Fix show – He liked the cut of my jib – and only offered me a whole hour to sit in for him!Steve’s producer got in touch when I was on the way to my brothers wedding in Latvia… thought it was a wind up at first…

Sounds like it’s really been all go for you. Anything else to add to life busy-ness on top of it all?

I’ve got a two month old daughter, I didn’t anticipate how busy things would get – so didn’t think to delay the album release –  after the 2 year covid push back I just wanted it out there. I’m gonna enjoy playing it live – but I’m now working on the next LP.

So, what’s next in the world of Gemma Rogers then? And do you have a particular highlight so far in this musical journey of yours?
The highlight so far was playing to a packed house for the Lp launch – seeing a room full of people react to your music after such a long wait was such a buzz. Next up is our tour which kicks off on the 28th over at Folklore Hoxton, Oct 7th at Rough Trade Nottingham, 15th at Bedford Esquires, 21st back in London at the Finsbury and then 28th at the Six Six in Cambridge – there are a few more special dates in Europe and UK lined up for the end of the year too!

Today, Gemma releases her third single off the album – a sort of anthemic-version of Petula Clark’s ‘Downtown’, updated for contentious times in the 21st Century but celebrating urban unity. ‘Song For The Cities’ is a fan-fave, and this video features clips from Gemma’s recent live shows. Check it out: https://youtu.be/Bmm2Vttoe_w

& stay in touch with Gemma…